New York City’s death toll from the coronavirus officially eclipsed the number of those killed at the World Trade Center on 9/11, health officials said Tuesday. At least 3,202 people have died in New York from COVID-19, according to the count released by the city. The deadliest terror attack on U.S. soil killed 2,753 people in the city and 2,977 overall, when hijacked planes slammed into the twin towers, the Pentagon and a Pennsylvania field on Sept. 11, 2001.

The Python Problem: Reflections On The War On Terror, 17 Years Later

Following the 9/11 attacks, successive U.S. administrations have promulgated three consistent objectives: First, to prevent additional mass casualty attacks on our homeland. Second, to find and punish those responsible. And third, to shatter the larger transnational terrorist movement’s capability and capacity to be a future threat.

Sixteen Years After 9/11, How Does Terrorism End?

But when extremist groups walk away from negotiations—as happens ten per cent of the time—they often get crushed. Sri Lanka’s Tamil Tigers pioneered the suicide vest. It was the only terrorist group to assassinate two world leaders—India’s Rajiv Gandhi, in 1991, and the Sri Lankan President Ranasinghe Premadasa, in 1993. At its peak, it controlled strategic chunks of the country. But years of sporadic peace talks broke down in 2006. In 2009, the Sri Lankan military crushed the Tigers in a relentless offensive.

Sikhs in America: A History of Hate

The 1907 episode in a seaside timber town in Washington came to be known as the Bellingham Riots. Really, though, there were no riots. There was a pogrom. At the time, the U.S. was suffering through deep economic distress, a panic-filled recession that had begun the year before. Angry anti-immigrant sentiment was ascendant. And hundreds of Sikh men who had traveled from India to Bellingham to toil in the lumber mills paid the price.

One week, Saudi Arabia is perceived to be America’s most-vital Arab ally in a dangerous region torn by conflict, civil war and terrorism. But during the next week, Saudi Arabia is akin to a rogue state that sponsors or creates the very international terrorism that the United States has been fighting against for the last fifteen years.

Fifteen Years After 9/11: Much Accomplished, Much To Be Done

Sunday marks the fifteenth anniversary of 9/11, the date that altered the trajectory of America’s national security apparatus. The country’s focus turned from defending against hostile nation-states to undertaking significant counterterrorism measures and bureaucratic reforms in the wake of an unprecedented terrorist threat.

28 Pages, Zero Proof Of Anything

It should be clear to even the most die-hard conspiracy theorists that the argument for official Saudi involvement in 9/11 is bogus.

Afghanistan was once the good war. Seeking righteous vengeance for 9/11, nearly 90 percent of the American public initially backed a crusade to topple the Taliban regime in Kabul and purge the country of al-Qaeda. For years, Barack Obama described Afghanistan as the center of gravity in the struggle against international terrorism. In 2009, Obama surged U.S. forces in Afghanistan to nearly 100,000 troops. With money no object, U.S. officials tried to win over Afghans through initiatives like an Afghan version of Sesame Street called Sesame Garden (unfortunately, the Count character had to be cut because Afghan kids weren’t familiar with Dracula and were confused by his fangs). And then the good war turned bad.

On May 20, 2015, the ODNI released a sizeable tranche of documents recovered during the raid on the compound used to hide Usama bin Ladin. The release, which followed a rigorous interagency review, aligns with the President’s call for increased transparency–consistent with national security prerogatives–and the 2014 Intelligence Authorization Act, which required the ODNI to conduct a review of the documents for release. The release contains two sections. The first is a list of non-classified, English-language material found in and around the compound. The second is a selection of now-declassified documents. 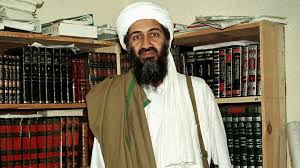 In the 13 years since 9/11, Americans have grown accustomed to the ambiguity of U.S. efforts to deter, disrupt, and preempt the threats posed by a shape-shifting cast of terrorist groups. The ebbs and flows of America’s inexorable counterterrorism campaigns have produced a tangled web of terminology.