Archive for the tag “Central Banks”

After committing to monetary-policy normalization in 2018, the US Federal Reserve and the European Central Bank spent the past year reversing course with further interest-rate cuts and liquidity injections. Yet, given mounting medium-term uncertainties, central bankers cannot assume calm conditions in 2020.

The Growing Risk Of A Global Recession And Crisis In 2020

Beyond the US, the fragility of growth in debt-ridden China and some other emerging markets remains a concern, as do economic, policy, financial and political risks in Europe. Worse, across the advanced economies, the policy toolbox for responding to a crisis remains limited. The monetary and fiscal interventions and private-sector backstops used after the 2008 financial crisis simply cannot be deployed to the same effect today.

How Inflation Could Return

After years of low inflation, investors and policymakers have settled into a cyclical mindset that assumes advanced economies are simply suffering from insufficient aggregate demand. But they are ignoring structural factors at their peril.

How The Next Downturn Will Surprise Us

Over the past decade, the world’s largest central banks — in the United States, Europe, China and Japan — have expanded their balance sheets from less than $5 trillion to more than $17 trillion in an effort to promote the recovery. Much of that newly printed money has found its way into the financial markets, where it often follows the path of least regulation.

The Demise Of Dollar Diplomacy? 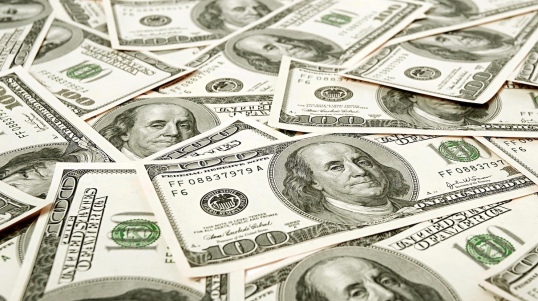 Pundits have been saying last rites for the dollar’s global dominance since the 1960s – that is, for more than half a century now. But the pundits may finally be right, because the greenback’s dominance has been sustained by geopolitical alliances that are now fraying badly.

The Secret History Of The Banking Crisis

The new central bank network created since 2008 is of a piece with the new networks for stress testing and regulating the world’s systemically important banks. The international economy they regulate is not one made up of a jigsaw puzzle of national economies, each with its gross national product and national trade flows. Instead they oversee, regulate and act on the interlocking, transnational matrix of bank balance sheets. This system was put in place without fanfare. It was essential to containing the crisis, and so far it has operated effectively. But to make this technical financial network into the foundation for a new global order is a gamble.

The World’s $100 Trillion Question: Why Is Inflation So Low?

Central bankers and investors are grappling with a $100 trillion question: why consumer price inflation remains so low in most parts of the world even as economic growth quickens. Compounding the riddle, question marks are now emerging over the one part of the global inflation picture that had been moving higher — producer prices.

Secular Stagnation: The Dismal Fate Of The Global Economy?

China has many levers to pull economically, and stagnation and lower potential growth are relative. But the global hunt for economic growth by central banks will be a persistent source of volatility in financial markets. Without the ability to jump start their economies using traditional monetary policies, central banks will use unconventional policies more often in attempts to remain competitive globally and search for increasingly elusive growth spurts. Larry Summers may have been more correct than he knew.

World stock markets plunged on Monday, after a near 9 percent dive in China shares and a sharp drop in the dollar and major commodities sent investors rushing for the exits. After dropping more than 1,000 points, or almost 7 percent, at Wall Street’s open, the Dow Jones industrial average eased losses but was still off more than 1 percent at midday. The Standard & Poor’s 500 index was down by a similar margin after the U.S. benchmark earlier dropped nearly 10 percent below its record.

If you think Federal Reserve Chair Janet Yellen is stressed, spare a thought for Agus Martowardojo. On Tuesday, the governor of Indonesia’s central bank had to choose between cutting interest rates to support growth or hiking them to prop up his currency. He ultimately decided to split the difference and do nothing. Martowardojo’s dilemma is emblematic of the increasingly chaotic situation in the world’s emerging markets.