Archive for the tag “Communist Party of China”

It’s worth noting that the presidency in China is largely ceremonial. Real power resides in leadership of the Communist Party and the Central Military Commission. These are separate positions that Xi already holds and that have no term limits. So, in theory, the change in the constitution wasn’t necessary for Xi to exercise power indefinitely; as head of the Party and military, he already has it.

China’s new leadership lineup has been revealed. The members of the Politburo Standing Committee are, in order of seniority, President Xi Jinping, Premier Li Keqiang, Li Zhanshu, Wang Yang, Wang Huning, Zhao Leji and Han Zheng. The unveiling of the new lineup marks the climax of the twice-a-decade leadership reshuffle after months-long intense horse trading and power struggles in the lead-up to the 19th party congress.

Who Really Holds The Power In China?

Unlike the gossipy, open democracies of Western societies, it is almost impossible to know who truly holds power in the opaque world of Chinese politics. The country is ruled by the Chinese Communist Party, in a one-party system, making whoever occupies the highest positions in the party among the most powerful. Power isn’t just held by the politicians either — influential businessmen and entrepreneurs, the pioneers of China’s economic rise, are also fighting for a seat at the table.

The Path To Power In China

The 19th Party Congress will select about 200 people to run China for the next five years, from army generals to executives from China’s biggest state-run conglomerates. A week of pageantry culminates when President Xi Jinping and the handful of other leaders on the all-powerful Politburo Standing Committee walk onto a red-carpeted stage to present themselves to the world…China’s process for choosing top leaders is opaque, but not unpredictable. There are patterns in who rises and falls at the Communist Party’s twice-a-decade reshuffle like the one that begins Oct. 18 in Beijing.

The Communist Party of China (CPC), the country’s ruling party since the end of the civil war in 1949, will begin its once-every-five-year National Congress on Oct. 18, at which time a new slate of party leaders will be elected. In the major party reshuffle, some officials will stay in their posts; others will be elevated; and some will retire. The nation will closely watch, as the new mixture of leadership will help shape China’s future political and economic landscapes.

The influence of Chinese Communist Party elders appeared to be on the wane at the key annual summer conclave this year, sources said, underscoring President Xi Jinping’s dominance as he makes final preparations for his second term in office.

What does China’s President Xi Jinping want? Four years before Donald Trump became president, Xi became the leader of China and announced an epic vision to, in effect, “make China great again”—calling for “the great rejuvenation of the Chinese nation.” 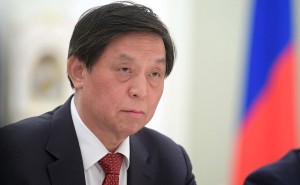 China’s General Office Director Li Zhanshu has a low-key yet powerful presence among Chinese President Xi Jinping’s inner circle. He has gradually moved from behind the curtains to the front stage as Xi’s alter ego at critical junctures. With the approaching 19th Party Congress, China analysts have reached a consensus that Li will move up. The only question is, how high?

Xi is the sixth man to rule the People’s Republic of China, and the first who was born after the revolution, in 1949. He sits atop a pyramid of eighty-seven million members of the Communist Party, an organization larger than the population of Germany. The Party no longer reaches into every corner of Chinese life, as it did in the nineteen-seventies, but Xi nevertheless presides over an economy that, by one measure, recently surpassed the American economy in size; he holds ultimate authority over every general, judge, editor, and state-company C.E.O.

China Says Will Never Allow The Repetition Of Cultural Revolution