Archive for the tag “Demographics”

It took more than 50,000 years for world population to reach 1 billion people. Since 1960, we have added successive billions every one to two decades. The world population was 3 billion in 1960; it reached 6 billion around 2000, and the United Nations projects it will surpass 9 billion by 2037. The population growth rate has been slowing, however, from peak annual rates in excess of 2 percent in the late 1960s, to about 1 percent currently, to half that by 2050.

In U.S., Decline Of Christianity Continues At Rapid Pace

The religious landscape of the United States continues to change at a rapid clip. In Pew Research Center telephone surveys conducted in 2018 and 2019, 65% of American adults describe themselves as Christians when asked about their religion, down 12 percentage points over the past decade. Meanwhile, the religiously unaffiliated share of the population, consisting of people who describe their religious identity as atheist, agnostic or “nothing in particular,” now stands at 26%, up from 17% in 2009. 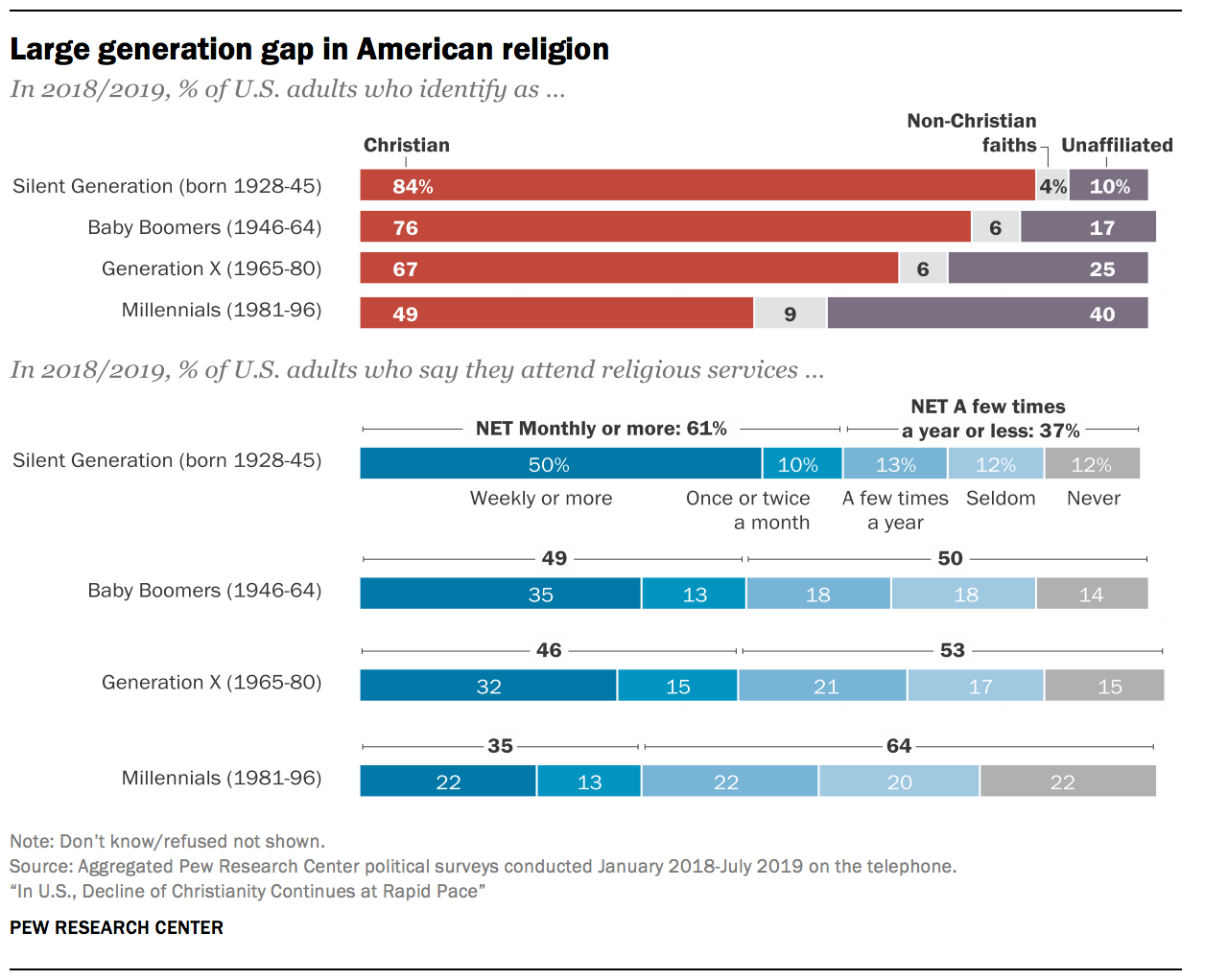 China’s seemingly inexorable rise has hit a roadblock: demographics. And despite desperate efforts to reverse the effects of the Communist Party’s one-child policy, experts warn it may be too late to prevent lasting damage. Government researchers have predicted that the world’s largest population will peak at 1.4 billion people in 2029. However, it will then experience an “unstoppable” decline that could see it drop to 1.36 billion by 2050, reducing the workforce by as much as 200 million.

Why Population Will Drive Geopolitics

Demographics may not be destiny, but for students of geopolitics, they come close. Although conventional measures of economic and military power often receive more attention, few factors influence the long-term competition between great powers as much as changes in the size, capabilities, and characteristics of national populations.

Let’s Get Real About What Ails Japan’s Economy

A quarter of a century of failure and economic stagnation has built a strong consensus on what ails Japan. All sources of analysis—domestic, foreign, government, corporate and nonprofit—identify two problems: the country’s aging demographics and its deeply entrenched, top-down approach to economic organization. This analysis is wrong.

The liberalization of the one-child policy had been expected—and virtually inevitable. China, after all, is heading toward accelerated demographic decline. The country’s population is now projected to peak in 2028, well before the 2030–2035 timeframe expected just a half decade ago. In all probability, the top will be reached earlier, maybe in 2020.

Japan‘s National Institute of Population and Social Security Research on March 27 announced a population estimate for Japan in 2040. As expected, what emerges out of this is a nation with an unprecedented rapidly aging and declining population. The implications of the estimate must be taken very seriously and preparations made to ameliorate the impact of this situation.

India: A Demographic Disaster in Making

As China, Japan and many other nations face an aging demographic profile, the youth segment of India’s population is growing rapidly, and is projected to continue to do so for the next 30 years. Provided India can act quickly on health, education and employment, this demographic dividend has the potential to inject new dynamism into its flagging economy. Failure to do so, however, will result in demographic disaster.

China’s Vast Reserve Of Cheap Workers In The Hinterland Is Vanishing At A Vertiginous Pace.

We can now discern more or less when the catch-up growth miracle will sputter out. Another seven years or so – enough to bouy global coal, crude, and copper prices for a while – but then it will all be over. China’s demographic dividend will be exhausted.

Beijing revealed last week that the country’s working age population has already begun to shrink, sooner than expected. It will soon go into “precipitous decline”, according to the International Monetary Fund.

Japan hit this inflexion point fourteen years ago, but by then it was already rich, with $3 trillion of net savings overseas. China has hit the wall a quarter century earlier in its development path.