Archive for the tag “GDP”

For all the worries today about the explosion of inequality in rich countries, the last few decades have been remarkably good for the world’s poor. Between 1980 and 2016, the average income of the bottom 50 percent of earners nearly doubled, as this group captured 12 percent of the growth in global GDP.

With Growth This Bad, India Needs More Than Luck

With India’s growth tumbling to 4.5% from 8.1% in little more than a year, you’d be surprised to know that Shaktikanta Das has one of the easiest jobs in central banking. He just has to keep doing what he’s been doing since becoming governor of the Reserve Bank of India last December: cut interest rates. Fortunately, political will is on his side.

The US Economy’s Dirty Secret

There is a dirty little secret in economics today: the United States has benefited – and continues to benefit – from the global slump. The US economy is humming along, even while protesters in the United Kingdom hurl milkshakes at Brexiteers, French President Emmanuel Macron confronts nihilist yellow-vested marchers, and Chinese tech firms such as Huawei fear being frozen out of foreign markets.

The Future Of Economic Growth 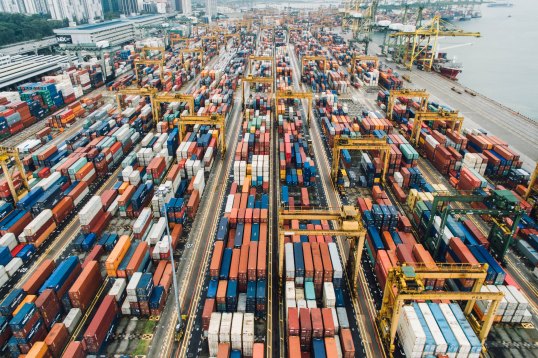 Given the failures to foresee the 2008 financial crisis and subsequent weak recovery, it is easy to think that economists have little to offer in the way of predictions. But when it comes to national-level GDP growth, past projections have largely been borne out; even when wrong, they can be used to diagnose structural problems.

The accuracy of China’s official growth statistics is once again in question. Last week, at the annual “two sessions” conference, Premier Li Keqiang announced that China would reduce its 2019 target for GDP growth to between 6 and 6.5 percent—previously, it was “around 6.5 percent.” That same week, a group of Chinese economists published a paper with the Brookings Institution concluding that China’s official nominal growth rates from 2008 to 2016 were being overstated by as much as 1.7 percent.

There is no question at this point that the relative sizes of the U.S. and Chinese economy today are much closer than those of Japan and the U.S. in the interwar period. And long story short, underselling the size of the Chinese defense budget and overselling the size of the Chinese economy does tend to obscure the magnitude of China’s defense buildup.

As China battles a trade war and international suspicion, delegates at this year’s National People’s Congress can no longer concern themselves only with domestic issues, analysts say And as the 70th anniversary of Communist Party rule draws ever nearer, the last thing Beijing needs is more disruption.

India’s Economy Is No Longer One Of The Cool Kids

India isn’t keeping the best company. When Reserve Bank of India officials reviewed the global economy at February’s meeting, they ticked off a list of major emerging markets that had struggled: China, Russia, Brazil and South Africa all got a must-do-better grade. Disappointing numbers released Thursday mean policy makers can add one closer to home: India itself.

The Chinese Century Is Well Under Way

When scholars of international relations predict that the 2000s will be a “Chinese century”, they are not being premature. Although America remains the lone superpower, China has already replaced it as the driver of global change.

The U.S. Economy Is Great, Really, For Now

Trump haters may be tempted to conclude from all this that he is about to lead America into a sudden decline, but that is not the point. This American decade started under President Obama, continued under Mr. Trump and survived congressional gridlock throughout, showing that the economy often rises above politics. The economy is driven less by ideology than by its own internal cycles, and this cycle has been turning in America’s favor for so long that it is unlikely to last much longer.