Archive for the tag “Geopolitics”

Aftershocks: The Coronavirus Pandemic And The New World Disorder

The novel coronavirus (COVID-19) is a global public health disaster of almost biblical proportions. It is a once-in-a-century occurrence that threatens to destroy countless lives, ruin economies, and stress national and international institutions to their breaking point. And, even after the virus recedes, the geopolitical wreckage it leaves in its wake could be profound.

Supply Chains And A Novel Path To Conflict

Geopolitics is about place. It is about where things are made, how they move to different places in the production process and how they reach the consumers who use them. Obviously there is a financial aspect in both defining the physical reality of the supply chain and defining the total financial impact on the system. The supply chain depends on what is needed for a product, where it is produced and the price paid for acquiring it.

Under Donald Trump, geopolitics is back with a vengeance. For him, the United States has enemies and contingent, interest-based allies. In Trump’s world-view – more systematically articulated by him than usual in the 2017 US National Security Strategy – his predecessors forgot the hard reality that international politics is a contest for power.

Let’s face it: Huawei’s sinking reputation isn’t merely a victim of geopolitics. Way back in 2003, Huawei admitted copying some router software code from Cisco Systems Inc., which had sued the Chinese firm. Huawei had to remove the pilfered property. In 2010, Motorola Solutions Inc. sued Huawei for stealing its trade secrets, a case that was later settled. Now, part of the latest indictment accuses Huawei of snatching robotics technology from T-Mobile USA Inc..

Also Read: Trump, Huawei, And The Politics Of Extradition

The Geopolitics Of Language In The Himalayas 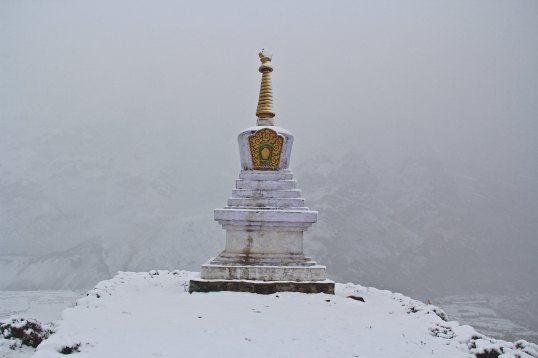 Photo by Kalle Kortelainen on Unsplash

The Himalayas are a global center for linguistic diversity. Setting out from Beijing or Delhi, the number of languages rises with altitude, conforming to global patterns that see linguistic diversity increasing in rough, mountainous terrain. This diversity is not neatly patterned: state, ethnicity, and language are not correlated. Knowing where someone lives or what identity they profess does not tell us what languages they speak.

After becoming prime minister, Imran Khan received a goodwill message from the president of Afghanistan, Ashraf Ghani. It read like a routine gesture, but both Kabul and Islamabad have reached a point in their deadlocked relationship where they want “real peace”, that is, for the Taliban to end their aggression.

President Donald Trump’s ALL-CAPS Twitter threat against Iran—“CONSEQUENCES THE LIKES OF WHICH FEW THROUGHOUT HISTORY HAVE EVER SUFFERED”—feels like a cut-and-paste job from his approach to North Korea. Apply sanctions, make irresponsible suggestion of Armageddon, see what happens.

Also Read: The Real Threat to America: Iran May Close the Strait of Hormuz

What To Know About China’s Ties With Africa, From Aid To Infrastructure

China’s engagement with Africa has accelerated over the decades as the middle kingdom eyes the world’s second largest continent for opportunities for economic growth and geopolitical influence. President Xi Jinping’s visits this week to Senegal, Rwanda, South Africa and Mauritius – his first overseas trips of the year – are expected to build ties and extend Beijing’s influence on the continent.

To Engage China, Or Balance It? Lessons From A Failed Grand Strategic Exercise

How should a great power manage a rival with an authoritarian government, a state-directed capitalist economy, strong mercantilist tendencies and a “leader for life” that exploited a “cult of personality?” To make matters more difficult, this country’s government dominates society through an all-pervasive party structure that stresses nationalism and argues that only the party can reverse recent slights and return the nation to its rightful place in the sun. This might sound like modern-day China, but in fact it is 1930s Germany.

China makes no secret of its interest in the Indian Ocean, which contains vital sea lanes along which a large share of its imports and exports pass. It has not been shy about trying to curry favour with littoral and island states through its Belt and Road Initiative, a massive project to invest in infrastructure along ancient and modern trading routes.