Archive for the tag “Georgia”

The ABCs Of Russian Military Power: A Primer For The New (U.S.) Administration

The Russian military that the United States faces in 2017 is not the poorly equipped and uncoordinated force that invaded Georgia in August of 2008…Following reforms launched in October 2008, and a modernization program in 2011 valued at $670 billion, the armed forces have become one of Russia’s most reliable instruments of national power.

Détente 2.0 would entail the renunciation, in writing, of NATO’s plans to invite Ukraine and Georgia, coupled with Moscow’s recognition that both countries retain the right to join whatever economic or political union they desire; a draw-down of Russian and NATO forces in the Baltics region; the cancellation of Western sanctions on Russia, and vice versa… and more.

What changed Putin’s largely positive attitude toward the United States were the “color revolutions” in Ukraine, Georgia, and Kyrgyzstan, which he saw as U.S. actions to displace Russia from its “zones of interests,” at best, or, at worst, as a dress rehearsal for a regime change in Russia itself. Putin then changed tack and left the West’s political orbit to reassert Russia’s role as an independent great power, helped by a decade of high and ever-rising oil prices.

Lots of Barking in the Kremlin

Those who sincerely believe the conspiracy theory about a U.S.-funded color revolution in Russia may have felt relieved when the Foreign Ministry kicked out USAID, a major donor of the country’s nongovernmental organizations, on Oct. 1. But now, according to “Anatomy of a Protest 2,” aired last Friday on government-controlled NTV television, there is still reason to be concerned. The pseudo-documentary warns darkly that the revolution against the Kremlin is getting major financing from another source: Georgia.

The program showed hidden-camera footage in which a person resembling Givi Targamadze, the former head of the Georgian parliament‘s defense committee and a close ally of Georgian President Mikheil Saakashvili, tells someone resembling opposition leader Sergei Udaltsov that he can secure up to $200 million to stage a rebellion in Kaliningrad or recruit ultranationalists to storm the Kremlin.

The New Titan of Tbilisi

Beyond his zebra-rearing, art-collecting eccentricities, we don’t know all that much about Bidzina Ivanishvili, whose Georgian Dream coalition won a shock victory in Monday’s parliamentary elections here. But after his victory news conference, we do know one thing for sure: He’s no orator.

In a long meeting with the media in a sweaty room at Georgian Dream headquarters on Tuesday, Oct. 2, Ivanishvili rambled, repeated himself, appeared to make up policy on the spot, and accused a reporter from a major international news agency of being a stooge for his opponent, President Mikheil Saakashvili. He was also oblivious of the fact that Georgian law requires Saakashvili, as president, to approve the prime minister’s nomination, at least until the Georgian Constitution changes next year. Initially, he argued forcefully with journalists that this was incorrect, before later conceding the point.

Ivanishvili’s Georgian Dream group took the most ballots for party lists, according to some exit polls, while Saakashvili’s United National Movement claimed a stronger performance in single-member districts. The parliamentary majority may still go either way, with official results to be released today. 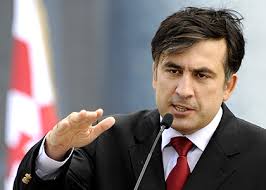