Archive for the tag “Italy”

When The CIA Interferes In Foreign Elections

Bergamo is the epicenter of the hardest-hit province of Italy’s hardest-hit region, Lombardy, the site of hundreds of coronavirus deaths. Families here are deprived of a bedside farewell with virus-stricken loved ones, or even a traditional funeral, and the cemetery is so overwhelmed by the number of dead that military trucks transported 65 bodies to a neighbouring region for cremation this week.

Will Coronavirus Kill The European Union?

It took COVID-19 several weeks to mass migrate from China to Europe, but the continent is now awash in the virus. The pandemic has fully arrived in Italy and Spain. Other nations await the disease, hoping to slow its spread. It will kill many Europeans. It also might kill the European Union, at least the idea of a European community in any meaningful sense.

The Italian government has taken the unprecedented measure of limiting movement for 60 million people in an effort to contain the spread of coronavirus. In a press conference, Prime Minister Giuseppe Conte announced a nationwide lockdown, under which people will only be allowed to leave their homes for work or health reasons. Schools and universities as well as public venues, including cinemas, theaters and gyms, will remain shut until April 3. Professional sports events, including Serie A football matches, are also suspended.

How To Resolve Europe’s Political Crisis Over Migration

Since the European Union’s migration crisis peaked in 2015, the number of illegal migrants arriving in the EU has fallen by 95%. Migration challenges remain, and reform of the EU’s methods for managing immigration is desperately needed, as the recent scandalous treatment of the Aquarius rescue vessel, which Italy and Malta turned away, made all too clear. But the timing of the immigration talks held by European leaders in Brussels last month was more a reflection of domestic political crises than a response to a spike in new arrivals.

Mr Trump had been fawning to Arab Royalty in Riyadh as he sold $110 billion in arms to Saudi Arabia and openly asked the Sheikhs of Kuwait and Qatar to buy more American weapons. He was still talking money in Brussels, demanding that the US’s democratic allies pay more for defence.

Oops! Someone Just Leaked The Price List For Cyberwar

On Monday, the Italian company Hacking Team, which produces secret cyber weapons for law-enforcement and government clients around the world, became the victim of an embarrassing public disclosure: more than 400 gigabytes of internal data made its way online in a widely shared torrent file.

The Sikhs Who Saved Parmesan 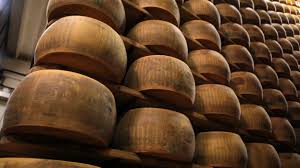 What do Punjab and Italy’s Po Valley have in common? More than you might imagine, which explains why immigrant Sikhs from the Indian state became the backbone of Italy’s most famous cheese-making industry.

Violence And The Rising Number Of Refugees

According to theannual Global Peace Index report, released on Wednesday, there are more than 50 million refugees and internally displaced people (IDPs) around the globe right now. Put another way, that’s one in every 133 people worldwide and 0.75 percent of the world population. Put yet another way, that’s roughly the equivalent of the entire population of South Korea being pushed out of their homes, or as if the combined populations of Australia and Taiwan had to leave.

When it comes to Asian companies investing abroad, Italy has traditionally been a rather neglected destination. Asian companies remained spooked by the weakness of the Italian investment climate after decades of red tape and political interference. As a result there are no large Japanese or South Korean plants in car-making and consumer electronics. These companies preferred other Western European countries in the 1980s and 1990s before turning to Eastern Europe.