The Growing Risk Of A Global Recession And Crisis In 2020

Beyond the US, the fragility of growth in debt-ridden China and some other emerging markets remains a concern, as do economic, policy, financial and political risks in Europe. Worse, across the advanced economies, the policy toolbox for responding to a crisis remains limited. The monetary and fiscal interventions and private-sector backstops used after the 2008 financial crisis simply cannot be deployed to the same effect today.

China: Getting Into The Economic Rough

China‘s reform-minded leaders are more willing than ever to raise the pain threshold for the economy to push through long-term reforms, despite a protracted slowdown that has sparked calls for looser monetary policy.

Why Stimulus Has Failed

Two fundamental beliefs have driven economic policy around the world in recent years. The first is that the world suffers from a shortage of aggregate demand relative to supply; the second is that monetary and fiscal stimulus will close the gap.

Is it possible that the diagnosis is right, but that the remedy is wrong? That would explain why we have made little headway so far in restoring growth to pre-crisis levels. And it would also indicate that we must rethink our remedies.

High levels of involuntary unemployment throughout the advanced economies suggest that demand lags behind potential supply. While unemployment is significantly higher in sectors that were booming before the crisis, such as construction in the United States, it is more widespread, underpinning the view that greater demand is necessary to restore full employment.

China said it will seek a higher “quality and efficiency” of growth next year, signaling new leaders may accept a reduced pace of expansion in exchange for a more sustainable model.

There was no mention of seeking “relatively fast” growth, a policy in place since 2006, in a report yesterday by the state-run Xinhua News Agency after the annual central economic work conference in Beijing. Leaders vowed to target “sustained and healthy development” as they maintain a “prudent” monetary policy and “proactive” fiscal stance, Xinhua said.

Chinese leaders assuming power in a once-a-decade handover to be completed in March must decide the pace of market-driven change to boost consumer demand and rein in the role of exports and investment. Communist Party chief Xi Jinping, who made the case for restructuring during a visit to the southern Guangdong province this month, faces an economy likely to have grown this year at the weakest rate since 1999.

The second term Obama administration is taking office facing challenging economic conditions. The economy continues to expand, yet the pace is disappointingly slow. The unemployment rate has fallen below 8 percent for the first time in almost 4 years, but is still unacceptably high. The economic expansion remains fragile and vulnerable to risks associated with financial strains in Europe and a confluence of expiring policies known as the fiscal cliff. And U.S. government debt is now at its highest level since the World War II period.

European Central Bank Should Open Its Chamber of Secrets

The European Central Bank wields more power now than at any point in its 14-year history. If it wants to use that power responsibly, it needs to be a lot more open with the people whose well-being it aims to ensure.

Thanks in large part to its lead role in fighting the euro area’s festering debt crisis, the ECB is taking on vast new duties. It has become a lender of last resort, supporting governments in their battles with skeptical markets. It will soon supervise the entire currency union’s banking system. All this comes on top of its regular job as maker of monetary policy for the 17 countries that use the euro. 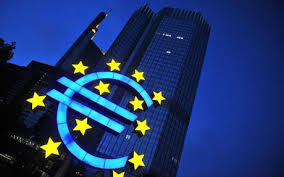