Archive for the tag “national debt”

Over the past 15 years, China has fueled one of the most dramatic and geographically far-reaching surges in official peacetime lending in history. More than one hundred predominantly low-income countries have taken out Chinese loans to finance infrastructure projects, expand their productive capacity in mining or other primary commodities, or support government spending in general.

The biggest national security issues, however, arise from the unpredictable political impact of a recession in China. We learned this, or should have, during the 1997 to 1998 Asian crisis. China may have had a disguised recession or near recession in 1998, but it was in a much smaller economy. Apart from that one episode there is no collective memory of recession and how to deal with it. As such, China is now psychologically unprepared to deal with the challenges of a recession.

What Is Saudi Arabia’s Grand Plan For Pakistan?

China’s role in Sri Lanka, which has grown remarkably in recent years, is poised to expand geographically as well. Hitherto, Beijing’s projects were confined to the southern parts of the island. It is now making inroads into the Northern Province and the rubber, tea, and coconut plantations of the central highlands.

More than 75 nations participate in China’s Belt and Road Initiative, launched in 2013 to develop trade and connect Asia, Africa, the Middle East and Europe with ports, roads and railways. But some countries worry about adding to already heavy debt burdens, and some projects have become an issue in local politics. Among the most vocal critics is Malaysia’s Prime Minister Mahathir Mohamad who has warned about a new colonialism.

The scariest quote for the world economy this week came from a member of the European Central Bank’s executive board. Asked by Eurogroup President Jeroen Dijsselbloem whether Greek banks would open Friday, his answer was stark: “Tomorrow, yes. Monday, I don’t know,” replied Benoit Coeure.

Apple Could Make Money By Bailing Out Greece

That Apple should buy Greece with all the useless cash it has on hand is just a joke that won’t go away. Yet it’s true that, if big American corporations and European politicians had any imagination, they could probably engineer a bailout for the nearly bankrupt country on terms that would benefit everyone.

U.S. Shutdown: A Guide For Non-Americans

Graeme Wearden explains what the U.S. government shutdown means and why is it happening. 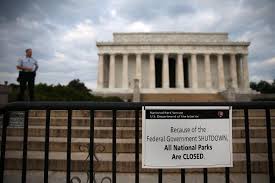 China Has Its Own Debt Bomb: WSJ

Six years ago, Chinese Premier Wen Jiabao cautioned that China’s economy is “unstable, unbalanced, uncoordinated and unsustainable.” China has since doubled down on the economic model that prompted his concern. Mr. Wen spoke out in an attempt to change the course of an economy dangerously dependent on one lever to generate growth: heavy investment in the roads, factories and other infrastructure that have helped make China a manufacturing superpower. Then along came the 2008 global financial crisis. To keep China’s economy growing, panicked officials launched a half-trillion-dollar stimulus and ordered banks to fund a new wave of investment. Investment has risen as a share of gross domestic product to 48%—a record for any large country—from 43%.