Archive for the tag “reshoring”

As the United States awakens to its supply-chain vulnerabilities amid heightened pressure on companies to “reshore” from China, it is grappling with an uncomfortable truth: most will not end up relocating to the US. And, business experts say, the relatively few that do probably should not have left in the first place.

Apple is Making Computers In America Again. But The Future Of Manufacturing Is Not As Simple As A Return To U.S. Shores.

The news that several manufacturing giants are planning to bring some of their production back to the United States has dominated the headlines in recent months. Perhaps that’s because Americans see it as a bellwether of economic recovery, or perhaps it simply reflects their collective yearning for America’s past industrial dominance. Either way, the interest in these moves demonstrates the unique hold that manufacturing has on the public imagination.

But precisely because it captures our imagination, a powerful belief system has grown up around manufacturing that limits the policy debate as well as the range of strategic options Americans are willing to consider. This will need to change if U.S. business leaders and policymakers are going to make the most of emerging opportunities. Meanwhile, the global manufacturing sector continues to diversify and evolve in surprising ways — as the return of some manufacturing production to the United States indicates. Understanding this evolution is the key to the future.

Despite all the attention the trade deficit receives each month, little heed has been paid to the rapid expansion of U.S. exports, which have been growing nearly three times faster than gross domestic product since 2005. As a share of the U.S. economy, exports are at their highest point in 50 years.

Rather than slow down any time soon, our research indicates this export boom is likely to continue. Combined with manufacturing “reshored” from China, the increased exports could create 2.5 million to 5 million U.S. jobs by 2020. 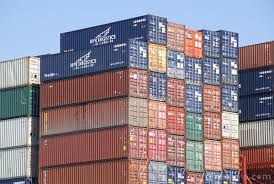