Archive for the tag “Singh”

Pakistan’s only “federal” political party, the Pakistan Peoples Party (PPP), suffered a blow to its solar plexus when Asim Hussain was arrested in Karachi for corruption on August 26. An old schoolfellow of and personal physician to PPP boss Asif Ali Zardari, Hussain was federal petroleum minister in the PPP government till 2013…  Ominously, August was also the month when Zardari decided to fade into the background and anointed his son Bilawal Bhutto-Zardari as the new party leader.

This foreign policy crisis is of India’s own making. Inability to put its own house in order has shattered the notion of India as an emerging global power. In the last five years, the government in New Delhi decimated economic potential, scaring domestic and foreign investors, and making the county hostile to private investment. The peculiar balance of power between the government and Congress Party ensured that Singh – who as finance minister under then Prime Minister Narasimha Rao, opened India’s doors to the outside world – became a party to stifling the Indian economy.

A well-staged visit to the Forbidden City; adoring crowd, a fawning host in the form of Premier Li Keqiang; a rare opportunity to address the Central Party School of the Chinese Communist Party: a departure from protocol in breaking bread with a retired leader; half a step forward in keeping the disputed border quiet.  Prime Minister Manmohan Singh‘s two-day China visit last week was high on atmospherics, low on substance, but Singh himself was satisfied with the incremental progress that he managed to achieve.

With Indian Prime Minister Singh due to meet President Obama in Washington on September 27, hopes are modest for what the two leaders can agree or achieve together. Against a backdrop of damaged global governance, with both leaders suffering serious credibility deficits at home or abroad, it hardly seems an auspicious time to reinvigorate relations between America and India.

What India Needs Is An Early Election

A rupee in free fall; a terrifyingly wide current-account deficit; a corrupt, stagnant bureaucracy: In 1991, then-Finance Minister Manmohan Singh helped to rescue India’s economy from that near-death experience with a slew of liberalizing reforms, setting the stage for two decades of growth. Today, facing a similar, if less existential, crisis as India’s prime minister, Singh may well be the man standing in the way of a solution.

Prime Minister Manmohan Singh said that India and the Association of Southeast Asian Nations (ASEAN) have concluded negotiations for a free trade agreement (FTA) in services and investments. The background work clears the way for greater economic and political integration between India and the bloc of 10 countries that accounts for a GDP of about $2 trillion in 2011. Singh, in his address at the plenary session of India-Asean commemorative summit, exuded confidence that mutual trade will exceed $100 billion by 2015, and said the aim should be $200 billion in the next ten year.

India’s Reforms of Decade Must Work Now or Die

Sitting in the study of the prime ministerial bungalow in New Delhi, surrounded by manicured lawns and palm trees, Indian leader Manmohan Singh and his soon-to-be finance minister Palaniappan Chidambaram pored over plans late into the evening to stem a growing sense of crisis.

Singh, the 80-year-old soft-spoken architect of the country’s economic opening two decades earlier, and Chidambaram, the 67-year-old Harvard University-educated lawyer who enjoyed the trust of ruling party chief Sonia Gandhi, saw the window closing to reverse a growth slump, according to people briefed on the talks. Their recipe: a combination of spending cuts and foreign-investment liberalization that amounts to the biggest policy overhaul in a decade. 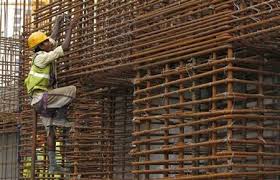 AS WITH comedy, timing matters when delivering a political punchline. On October 28th India’s prime minister, Manmohan Singh, at last reshuffled his cabinet. It was long overdue, made necessary by the departure in September of a coalition ally, and more generally by the growing sense, over several months, of a government adrift: dominated by aged men, beset by scandal and short of fresh ideas. Mr Singh afterwards said he hoped it be his last rejig before general elections due, at the latest, in mid-2014.

The most high-profile, and broadly welcome, change is the arrival of a new foreign minister, Salman Khurshid. He is only the third Muslim in the post in India’s history (though his own father, Khurshed Alam Khan, once served as a junior foreign minister, a reminder of the heavy role played by dynasty in Indian, especially Congress, politics). His elevation from his old job as law minister is mildly surprising, coming in the wake of allegations of corruption at an NGO for the disabled which is run by his wife. Evidently Congress’s leaders reckon the supposed scandal has already run its course.