Archive for the tag “voting”

Unprecedented numbers of US voters are beginning to cast their ballots for president by mail rather than risk going to polling places during a pandemic. And while President Donald Trump is trying to discredit mail-in voting, his campaign’s fear-based strategy appears to be alienating ever more voters.

The Big Question About Donald Trump’s Rise In The Polls

Up to this point, the prospect of Trump entering the White House had been a distant one. Now that it has become a genuine possibility, there could well be a counterreaction. And if Trump were to take a lead in the polls, this response could be a substantial one. Some people who have been flirting with voting for Trump, never thinking he could win, could change their minds. More important, a lot of progressives and independents who were thinking of voting for a thirty-party candidate, or of not voting at all, could switch to Clinton in order to keep Trump out. That could tip the race back in Clinton’s direction.

There are at least three very real scenarios whereby Google—perhaps even without its leaders’ knowledge—could shape or even decide the election next year. Whether or not Google executives see it this way, the employees who constantly adjust the search giant’s algorithms are manipulating people every minute of every day. The adjustments they make increasingly influence our thinking—including, it turns out, our voting preferences.

Ranil Wickremesinghe, who is poised to become the new Prime Minister of Sri Lanka, is seen by New Delhi as a more trustworthy partner in the neighbourhood than former president Mahinda Rajapaksa.

Voters in Sri Lanka‘s north thronged polling stations on Saturday in an election that threatens to rekindle animosity between the government and ethnic minority Tamils, four years after the military crushed separatists and ended a 26-year war.

Fresh Quest For Change In Kuwait

With greater representation to Kuwaiti society, the new parliament brings with it the hope that somehow the resiliency of the political system has finally kicked in and is steering the country in the right direction

IT LOOKS pretty certain that the constitution which Muhammad Morsi, Egypt’s president, has presented to the people will win their endorsement in a referendum that is being held in two stages. On December 15th a majority of voters in the ten provinces polled said yes, though 57% of Cairo’s 6m voters said no. On December 22nd the remaining voters, who are likely to be more conservative, will probably grant their approval, too. Mr Morsi and his Muslim Brotherhood party may conclude they have a mandate to guide Egypt in an Islamist direction, away from more open, permissive ways.

They would be wrong to do so. This line of thinking threatens to plunge Egypt into a protracted period of impoverishing instability, which in the end will hurt Islamists as much as everyone else. The more pragmatic Islamists, perhaps including Mr Morsi, should change course while they still have time.

Facebook May Yet Learn That Power Does Not Ensure Immortality

Facebook wasted no time acting with impunity by (once again) diluting member privacy protections this week. But it needn’t have hurried. Any semblance of democracy was washed away at noon Pacific Time Tuesday, when a vote to have votes on policy changes went down in flames. It solidified the world’s largest social network’s rule by fiat. This may be good for business now, but in the long-run it could backfire.

On Tuesday not enough Facebook members weighed in on whether they should keep their right to vote down policy changes. The vote didn’t count unless 30 percent of the service’s 1 billion members bothered to vote. The vote to keep the vote failed to meet the arbitrary threshold — by 299 million votes.

Obama Has Slight Edge Over Romney Day Before Election – Reuters

President Barack Obama and Republican challenger Mitt Romney are essentially tied on the eve of Election Day, but the Democrat has a slight edge in some of the pivotal states where the election will be decided, according to Reuters/Ipsos polling released on Monday.

In swing states, Obama maintained a 4-percentage point lead in Ohio and was ahead by slimmer margins in Virginia and Colorado, while Romney led by 1 percentage point in Florida. 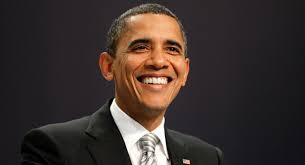