Sometimes, raw courage is the only way to break political gridlock. With a flurry of bold executive decisions yesterday on foreign investment — the most extensive policy changes since his government was re-elected in 2009 — Prime Minister Manmohan Singh of India has rediscovered his reformist zeal. India’s consumers, media watchers and flyers will benefit from the Cabinet’s approval of plans that allow foreign companies such as Wal-Mart Stores Inc. to take a 51 percent stake in multibrand retail, raise the cap on non-Indian stakes in broadcasting to 75 percent from 49 percent, and allow foreign investors to own as much as 49 percent of national airline carriers. 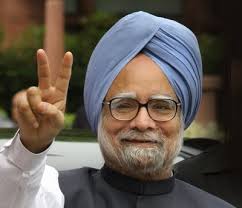